When Kate and Sal said “I do,” they never thought they’d eventually be saying “I do” to the divorce process.

The Road to Divorce

Most couples don’t expect their “happily ever afters” to end with divorce filings and heated arguments over whether or not the kids will be with one parent or the other during the holidays. No matter how it ends – either after long sessions of couples therapy, or without even so much as a prior mention of the “D” word – it hurts. Some couples don’t ever speak after the divorce. For example, at the time of her divorce from ex Russel Brand, Katy Perry said in an interview: “He hasn’t spoken to me since he texted me saying he was filing for divorce.” While a couple may decide not to speak, it’s not uncommon for them to fight up until the day the divorce is filed, and more so even after that.

Cathy Meyer might have had inclinations that her 17-year-old marriage needed some work, but she never could have guessed that her husband would just walk out the door, leaving her with their two kids.

“On January 1st, our anniversary, he was madly in love and told me he couldn’t live without me,” she said. “On January 10th, we were getting ready to go to church, and we had a little tiff and he said ‘I’m going to go get a Coke’ and he picked up his car keys and quite literally never came home again.”

When it came to Kate and Sal’s four-year-old marriage, it came down to a simple matter of “just growing apart.” After struggling through couples therapy for eight months they decided that neither one of them wanted to continue the marriage. And that’s not uncommon. There are numerous reasons people seek divorce. Here are a few of them:

Whatever your reason for considering divorce, there are steps you will need to take to obtain your divorce. 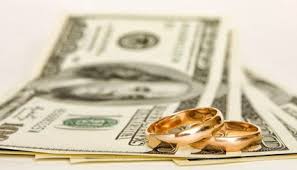 To start the divorce process one of the spouses must file a petition. Even if both spouses are in agreement, one of them will have to file a petition with the court asking for the divorce. This petition states the grounds for the divorce. These vary from state to state. California is a no-fault state, meaning no fault is placed on either party regardless of infidelity, etc… All jurisdictions allow for some type of no-fault grounds such as “irreconcilable differences.” Some states will consider fault grounds for divorce, such as adultery or abandonment. Your attorney will be able to advise you on if fault grounds are available in your state, and if so, whether or not it makes sense to file for divorce on fault grounds.

Temporary Orders for Support and Custody

Proof of Service and Response

When two divorcing spouses disagree on issues they must come to an agreement that settles their differences. Often times this is done through mediation. During this process every aspect of a marriage is resolved: child custody and visitation, child support, property division and any spousal support. Working with a mediation specialist can help you receive the settlement you are seeking when it comes to dissolving your marriage. It’s within your best interest to try and resolve all these issues outside of court. This will cut down on legal fees, time spent arguing, and any headaches that can come with trying to go back and forth to find an agreeable settlement. Any issues left undecided during the mediation process will have to be decided at a trial.

Working With a Divorce Team