After numerous court appearances and even a White House petition, actress Kelly Rutherford’s battle for the custody of her two children, Helena, 6, and Hermes, 9, has drawn to a close. Both children have been ordered to remain in Monaco with father, Daniel Giersch.

The international custody battle has shined a light on just how difficult it can be for parents who live in different parts of the world to gain full custody rights. In fact, Rutherford, best known for her role on Gossip Girl, founded the Children’s Justice Campaign to help families facing similar legal issues.

When asked about her response to the latest ruling, the actress, who has gone bankrupt as a result of the $1.4 million in legal fees spent to keep her children in the U.S., said she “had no words.” 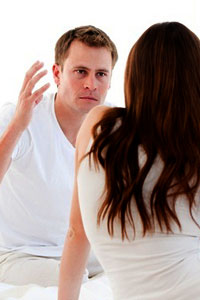 The children have been living in Monaco with their father since 2012.

In late July of this year, Rutherford went before congress to testify during a hearing about “left behind” children.

“Nobody in this country seems willing or able to do anything to help bring my American children home, even though this is the country that sent them away,” she said. “I can only see this as a legal kidnapping by a California judge forcing my children to live abroad for so long that the other countries seize control over their lives. I just ask each of you here today how it is possible that two American citizens have been ordered by their own government to live in exile in a foreign country?”

Then this last August, after spending the summer with their mother in the U.S., Rutherford refused to return her children to Giersch – an act which caused Giersch to label the incident as “child abduction.”

Rutherford was supposed to have sent the children back earlier. When she didn’t, she released a statement announcing her decision to keep the children, writing, “I have decided that I cannot lawfully send my children away from the United States to live in a foreign country.”

Giersch’s legal team immediately fired back following the release of Rutherford’s statement, issuing a letter demanding that Rutherford send the children back to Monaco immediately. The letter was followed with a filing in New York County Supreme Court.

New York Supreme court Judge Ellen Frances then ordered Rutherford to immediately return the kids, and at that time states that she did not “look kindly upon” Rutherford’s failure to comply with the orders regarding her children’s return.

Michael Stutman, head of the family family group at Mishcon de Reya New York, weighed in on the case in August, saying, “I would be surprised if she was allowed to take the children out of Monaco again without some level of security.” He also felt that “Kelly’s failure to deliver the children… likely bought them a one-way ticket to Monaco. Given Kelly’s initial failure to send the children back, showing up without them was probably the nail in her coffin.”

In the past, Rutherford has spoken explicitly of the battle she was facing against her ex. “All my ex needs to do is reapply for a visa and hasn’t done it, and he would be here. I don’t know why three U.S. citizens would have to move to a country where none of us have any connection whatsoever to appease their dad.”

Now it seems that Rutherford has lost her battle and has also been further barred from bringing them to the United States. according to People, “Now, she will only be able to visit her children in Monaco or France.”

As this case proves, fighting for child custody can be difficult. The first step to winning your custody case is to understand the types of custody available.

Full child custody, also known as sole custody, means all legal parental rights are assigned to just one of the parents. There are two kinds of “sole” custody:

Most family law courts award joint custody, because it has been found to be in the best interest of a child to be raised by both parents. Usually when a parent files for sole custody it is because they see the other parent as unfit to take care of the child. This can be for various reasons, including: inability to provide for child, abuse, or a history of abuse or addiction.

Seeking full custody can be difficult if you are unable to prove that the other parent is unfit. There are some steps you’ll want to take:

Move away child custody cases, similar to the one faced by Rutherford, can be some of the most difficult child custody decisions, especially if a parent seeks to relocate to another part of the country, or even out of the country. When a custodial parent makes the decision to move it can make it seem almost impossible for the other parent to stay involved in their child’s life. But if the custodial parent’s request is denied by a court, and they are still forced to move away as a result of a job or remarriage, it can mean separating a child from the parent they feel the closest to.

States have different laws regarding move-away relocation custody. Typically determining what’s in the best interest of the child is a main governing practice. California is a state with permissive move-away laws. So, often, the non-custodial parent must prove that the move will be harmful to the child’s well being.

Here are some considerations California courts take into account when deciding on move-away relocations:

– Will there be stability and continuity in the child’s life?

– How far is the distance of the move?

– If there a strong and necessary reason for the move?

– Will the parents be able to still co-parent?

– What does the child want? (This will be based on if the child has been deemed responsible and mature enough to make this decision)

– What are the child’s individual relationships with each parent like?

If you are being faced with child custody relocation, you’ll want to work with a skilled and experienced attorney. Often time these cases can be difficult, especially if you are the non-custodial parent fighting against relocation. An attorney will be able to look at your case and determine the best course of action.

Working with a Divorce Advocate

Regardless of what process you use, either mediation or a standard divorce, or what level or marital property or child support you are seeking, the divorce process is a difficult one, but one that can be aided by the help of an attorney. There are many aspects of a marriage that must be decided, including child custody, marital property, and alimony. Working with an attorney is a way to make the process smoother. If you’re considering divorce, you should also consider an attorney like the ones at Law Offices of Korol and Velen, Certified Family Law Specialists.