Divorce and Your Wallet

Take a look at any highly publicized divorce – The Hamm divorce of last year, the Frankel-Hoppy divorce of… the past few years – and it’s obvious that a divorce can drain your bank account. But it’s not just the highly successful that are hit hard during divorce. For every couple going through a divorce, it’s important to realize that, regardless of what side you are on, your cost of living is likely to go up.

“People have a greater sense of freedom. They gain more confidence that they could live an independent life,” says John Slowiaczek, vice president of the American Academy of Matrimonial Lawyers.

Despite the fact that the economy is improving, there are still considerable risks – regardless of if you are a stay-at-home parent, the spouse bringing home the bacon, or in a marriage of financial equals. The stakes for divorce can be high. That fact can be particularly true for homeowners that live in the nation’s hottest housing markets.

“Divorce generally results in a significant financial setback for all those involved,” says Mark Zandi, chief economist at Moody’s Analytics, who has researched divorce and other demographic trends. Because of this fact, if you are considering divorce, there are some other things you need to consider. 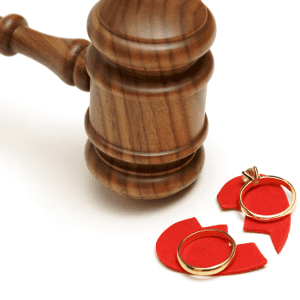 It’s not uncommon for one spouse to be in control of keeping an eye on the family’s finances. But when a marriage turns towards divorce, it becomes obvious that both spouses will need to have a clear picture of what the financial situation looks like. Regardless of if you’re the family’s bookkeeper or not, financial advisers say that it’s crucial that you know what your family’s assets and liabilities are. This means having access to tax returns, statements from investment and retirement accounts, household bills and any other important financial records.

Page Harty, a financial planner at wealth-management firm SignatureFD, suggests that you, “obtain a qualified domestic relations order, or QDRO, a legal document that spells out how you and your spouse have decided to divide certain retirement assets such as 401(k) accounts.”

You might run across hard-to-value assets, for example a privately held business or stock options. In these cases you can employ the help of a valuation expert or a forensic accountant. While these professionals can be costly, it could be money well spent if the hard-to-value assets are valuable enough.

Try to make a complete list. Overlooking a valuable asset might mean you receive less than your fair share when it comes time to divide your marital assets. Unfortunately, it is not uncommon for a spouse to hide an asset that should technically be considered joint property.

In addition to your assets, you also need to keep track of shared debt, such as joint loans and credit cards. These will still need to be paid, regardless of your marital status.

“Lenders don’t let you off the hook just because your divorce settlement states that your ex-spouse will pay them off,” says financial adviser, Ben Barzideh. “The best thing to do is pay off all shared debts before the divorce becomes final.” 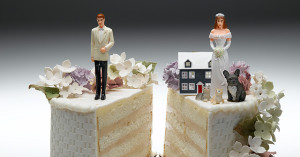 A house comes with a lot of expenses. Not just a mortgage but monthly up-keep and utilities. According to financial planner, Matt Mikula, the smartest strategy when it comes to the family home is to sell it and split the proceeds in the course of the divorce proceedings. This way, both spouses share in the risk and cost associated with selling the home.

Mr. Mikula offers an example of this. He worked with a mother of four who was awarded the family’s $1.5 million home as part of a divorce settlement, in addition to $500,000 in other assets. The woman, who also retained custody of the couple’s four children, wanted to keep the house to keep from disrupting her children’s lifestyles.

Taxes, utilities, maintenance and other expenses on the house amounted to about $50,000 a year. According to Mikula, the client had little in the way of other assets or income to cover those costs in the long run. “She was going to run out of money,” he says.

Because of that, she ended up selling the house six years after the divorce and received 20% less than the house had been valued at during the divorce proceedings.

Other Expenses to Consider

Housing is not the only expense to consider. Other expenses are important, including: food, clothes and other essentials – like health insurance. These are all things you will need to be able to handle on your own, without help from your ex.

“Always plan for the ’what ifs.’ What if someone loses a job, doesn’t pay off debts as promised, disappears off your radar?” says Lili Vasileff, a financial planner who works with divorcing clients.

Coming to an Agreement

Consider this simple fact: the less you spend, the more you keep.

This applies to your divorce as well. Think about the financial impact that hiring more professionals than you need during your divorce. Even if they are able to get you more, you still could end up with a larger slice of the smaller pie.

Trying to get revenge on your ex often ends in large legal fees and thus decreased bank accounts. Every dollar you spend towards “winning” your divorce is still a dollar spent. Because of this, you might consider looking at your divorce as a business deal. This is the chance for you to create a favorable financial settlement rather than a chance to settle scores.

It’s important that you remember tax season during your divorce, as it will have repercussions when it comes to alimony and child support payments. Remember that there will be taxes on assets that are divided, and though it might seem a fair settlement, come tax season it might not be.

“Each and every dollar [in the retirement accounts] had to pass through the hands of the taxman before the spouse could put it in her pocket,” says Ms. Garver. She encouraged her client to push for an increase of the couple’s assets to compensate.

More Work to be Done

A divorce can be a long process. Often times, once everything is divided up and the papers are signed, divorced couples believe everything is taken care of and it’s all done. But there are things that still need to be tended to.

For example, financial planner Ms. Vasilff, advises you update your will. According to her, many people make the mistake of forgetting to do that, which can put your intended heirs in a difficult situation. You might also need to update any documents regarding a health-care proxy or a power of attorney that names your former spouse.

Ms. Harty, of SignatureFD advises you transfer the titles for any remaining real estate, cars, or other assets that were jointly held in your name. Change the passwords on your accounts, too, she says.

Working with a Divorce Law Firm

If you are facing a divorce, you should work with a Los Angeles attorney that will take a vested interest in your specific situation and advise you on what you might face in a divorce regarding property division, child support and custody, and alimony. An attorney will provide support and guidance as you work towards ending your marriage.

For advice on divorce, you need the expert law firm of Law Offices of Korol and Velen, Certified Family Law Specialists. Contact us today.